The element of life

Carbon is an element that is often referred to as providing the building blocks of life. Pure carbon forms many different organic compounds found in all known life forms and throughout the known universe.

What forms does carbon take?

Due to its unique ability to form different connections with other elements, carbon manifests in many wildly varying forms. In the human body, which is almost 20% carbon, it bonds with atoms of other elements, like hydrogen and oxygen. It is the main component of DNA, muscle tissue, but also of sugars, proteins, fats, and more. In their pure form, carbon atoms can be arranged to make graphite, diamond and graphene. Hydrogen and carbon atoms together form hydrocarbons, which can be used as fossil fuels. It contributes one molecule to the compound carbon dioxide.

What is the carbon cycle?

The carbon cycle is a long-term process in which carbon compounds are exchanged between the soil, rocks, air, water and various life forms on planet earth. There is a long and short carbon cycle, both sustaining a natural carbon balance that enables life on earth as we know it, including human life. The increased release of carbon into the atmosphere in the shape of greenhouse gases has disrupted this balance.

How to reduce carbon in the atmosphere

Fossil fuels, including liquid fuels like crude oil or solid fuels like coal, contain vast amounts of carbon-containing compounds, which have been stored below the earth and ocean surface over thousands or even millions of years as part of the natural carbon cycle. Over the space of just over a century, human activity has depleted a large part of these fossil fuel reserves and released the carbon trapped within them into the atmosphere. The key to combating climate change lies in a reduction in the use of fossil fuels and cleaner combustion solutions resulting in reduced pollution.

Carbon is an abundant element on planet earth. The amount of carbon in the natural carbon cycle has not changed since the advent of industrialization, but it is increasingly found in the air in the form of carbon dioxide. MAN Energy Solutions’ technologies can help make fossil fuel extraction cleaner, minimizing both pollution and usage of resources along the entire value chain.

From fossil to hybrid generation

One of the first images that come to mind when we think of carbon, CO2 emissions and pollution are the chimney stacks of the industrial revolution, spewing clouds of gray smoke. Throughout most of the 20th century, industry was fueled by coal, one of the purest forms of carbon. The resulting greenhouse gases kicked off climate change as we know it. MAN Energy Solutions is helping accelerate the decarbonization of the energy sector by driving the conversion of coal-fueled power plants to low-emission natural gas and finally, in the long run, climate-neutral synthetic fuels, such as Synthetic Natural Gas (SNG). 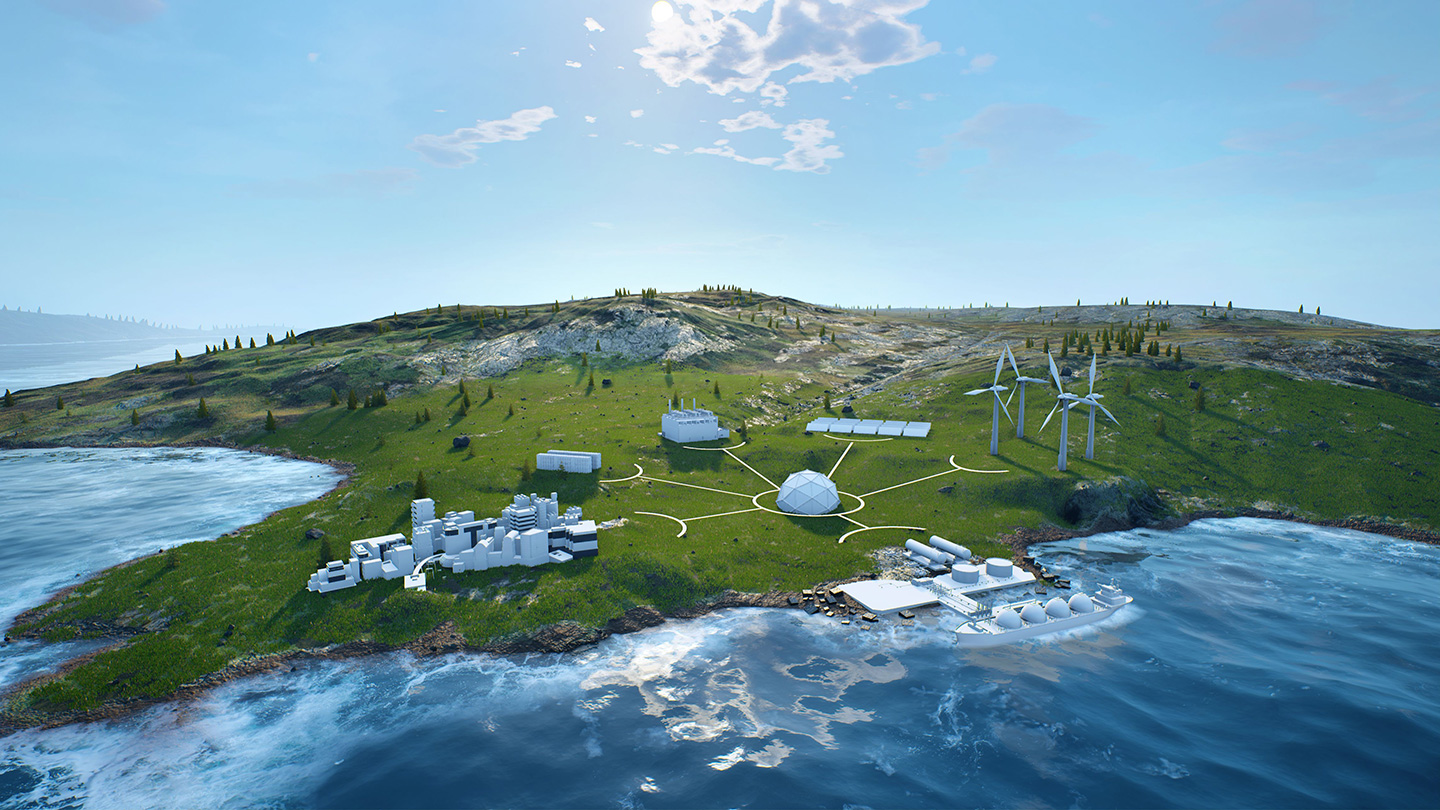 The future is hybrid: a sustainable energy supply can only be ensured through the smart combination of renewables, storage and low-emission backup systems.

Each industrial process creates CO2 and other emissions. Reducing these emissions effectively is a major headache for many businesses. So called Carbon Capture and Storage (CCS) technologies can support the extraction of a pure source of CO2 from plant's emissions. The technology describes the process of capturing carbon dioxide (CO2) and securely storing, or sequestering, it underground in depleted oil and gas fields or deep saline aquifer formations It is said to capture up to 90% of the CO2 emissions produced by consuming fossil fuels in industrial processes.

Go back to overview